Who Is at Fault in a Rear-End Accident in Arizona? 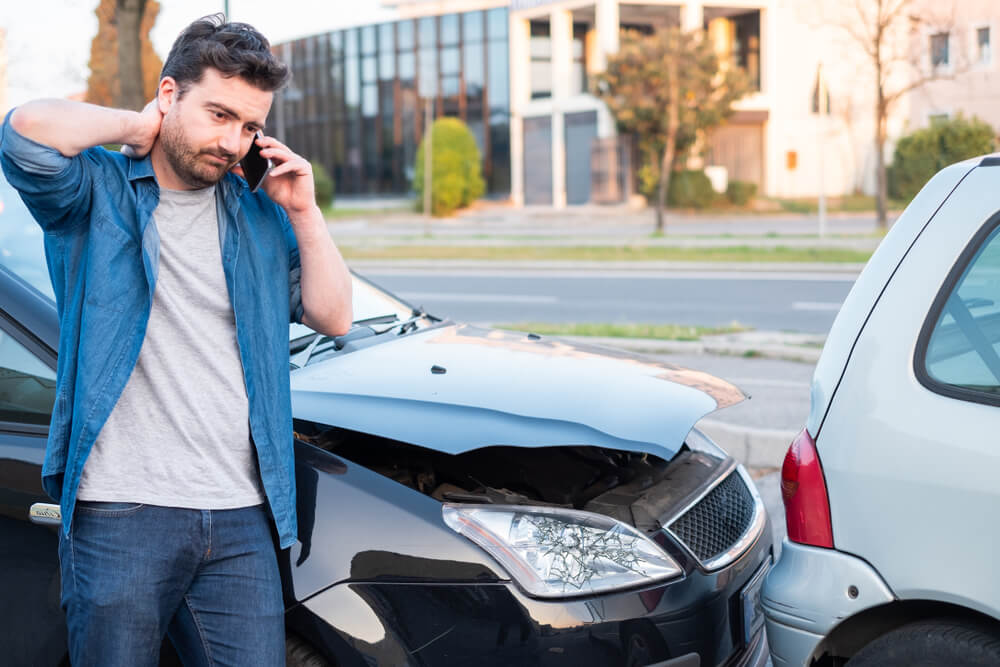 Many of us learned as young drivers that in a rear-end accident, the driver in the rear is always considered to be at fault.

This is a common assumption, but it does not always hold true. Allow us to dispel this misconception. Either driver in a rear-end accident may have been at fault, depending on the facts of the accident.

What is a Rear-End Collision?

A rear-end collision occurs when the front end of one car collides with the back of another vehicle. Rear-end collisions are among the most common car accidents in Arizona and are the No. 1 cause of the cervical spine injury known as “whiplash.”

Rear-end collisions made up more than 43% of all multi-car collisions in Arizona in 2019, almost 42% of alcohol-related car crashes and more than 32% of motorcycle accidents, the most in each category, according to the AZ Department of Transportation’s 2019 Arizona Crash Facts Summary.

Typically, a rear-end collision occurs because one car behind another fails to slow or stop in time to avoid the collision. Speeding, stop-and-go traffic congestion and slick roads can contribute to rear-end accidents. But in many cases the driver in the rear is found to have been tailgating or not paying adequate attention. Many rear-end accidents are caused by distracted driving.

Following too closely is expressly against the law in Arizona. “The driver of a motor vehicle shall not follow another vehicle more closely than is reasonable and prudent and shall have due regard for … the traffic on and the condition of the highway,” the applicable AZ statute says.

The same statute requires drivers to leave enough room between their vehicle and the vehicle directly ahead to allow a third vehicle to change lanes and occupy the space “without danger.”

If you are the rear driver in a rear-end collision, chances are you will be ticketed for following too closely. Again, not a valid charge in every rear-end accident.

When the Front Car Causes a Rear-End Collision

The attorneys of Mushkatel, Robbins & Becker have decades of experience investigating car accidents on behalf of Arizona residents. Careless and reckless acts on the road take many forms. We’ve seen accidents in Glendale, Peoria, Phoenix, Scottsdale, Surprise and Sun City happen for just about any reason imaginable.

Rear-end collisions happen because the driver in front is negligent. Here are a few ways they happen:

If one of the scenarios above or something similar fits a rear-end accident that left you injured in Arizona, you should speak to a lawyer from Mushkatel, Robbins & Becker.

How is Liability Assessed in an Arizona Rear-End Collision?

In Arizona, the driver of the rear vehicle in a rear-end collision is presumed to be at fault because he or she failed to stop in time or maintain a reasonably safe distance from the vehicle ahead to avoid a collision. However, the presumption is not absolute. If the rear driver presents evidence establishing that the lead driver’s negligence contributed to the accident, a court must consider it.

Arizona weighs the fault of each side when judging liability and determining compensation in car accidents. A jury considering a car accident injury lawsuit must consider how each motorist may have contributed to the accident. This includes weighing any possible negligence on the part of the driver in the lead car in a rear-end accident.

Therefore, as the rear driver who was injured in a rear-end accident, you could initiate a claim for compensation. If the driver in front was partly at fault, you may be entitled to recover some share of compensation, even if the amount was reduced because you were found to be following too closely.

Contact a Lawyer After a Rear-End Accident in AZ

The cause of a car accident is not always cut and dried, even in rear-end accidents. Any time you’ve had medical bills and other losses from a car accident in Arizona that wasn’t entirely your fault, you should speak to an experienced car accident lawyer about it. If you are entitled to compensation for your losses, the Sun City car accident attorneys of Mushkatel, Robbins & Becker want to help you collect the full amount available.

Contact us for a free, no obligation consultation to explain your legal rights and options for pursuing a car accident claim. We’ll work hard to establish your right to recover damages, including thoroughly investigating the accident and consulting experts from a variety of fields. Contact us now. 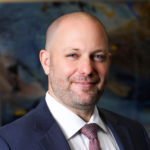 Zachary Mushkatel discovered his affinity for the law by chance. As a political science major at the University of Arizona, he first aspired to become a professor. But an unexpected invitation to participate on a mock trial team at the university encouraged him to turn his competitive spirit and drive…